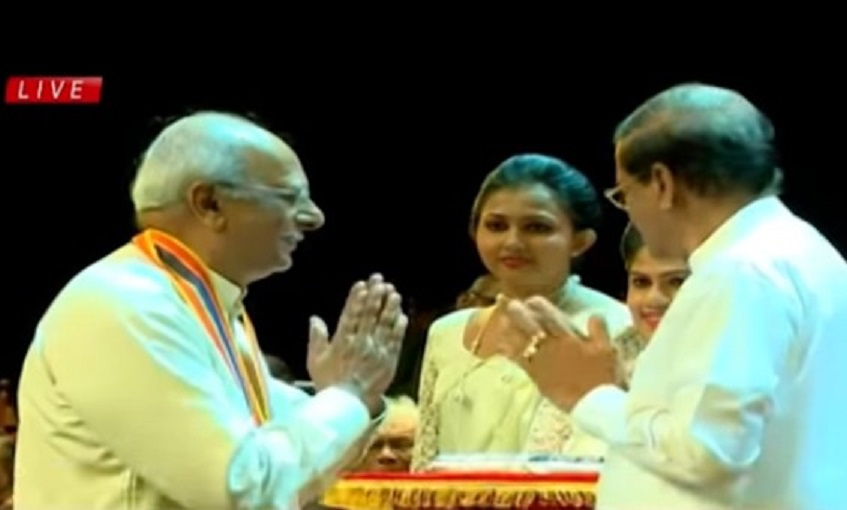 The Investiture Ceremony of conferring National Honours on distinguished personalities, who rendered a noble service to the country and its advancement was held on March 20th at the Nelum Pokuna Theater, under the patronage of President Maithripala Sirisena.

These awards were bestowed on the most distinguished persons who have made outstanding contributions to the country and its advancement. At this ceremony, held after 12 years, the President presented national honours to 89 persons lauding their individual contributions in many spheres.

At this ceremony Prof Tissa Vitarana, a Past President and Fellow of the Sri Lanka College of Microbiologists was awarded the Vidyajothi award. The Vidyajothi award honours outstanding scientific and technological achievements involving original research. The nature of the award is a citation and a silver medal with the symbol of the sun. The number of holders is restricted to fifty.

The President, Council and members of the Sri Lanka College of Microbiologists would like to congratulate Prof Tissa Vitarana on this notable achievement and for bringing honour to the College.