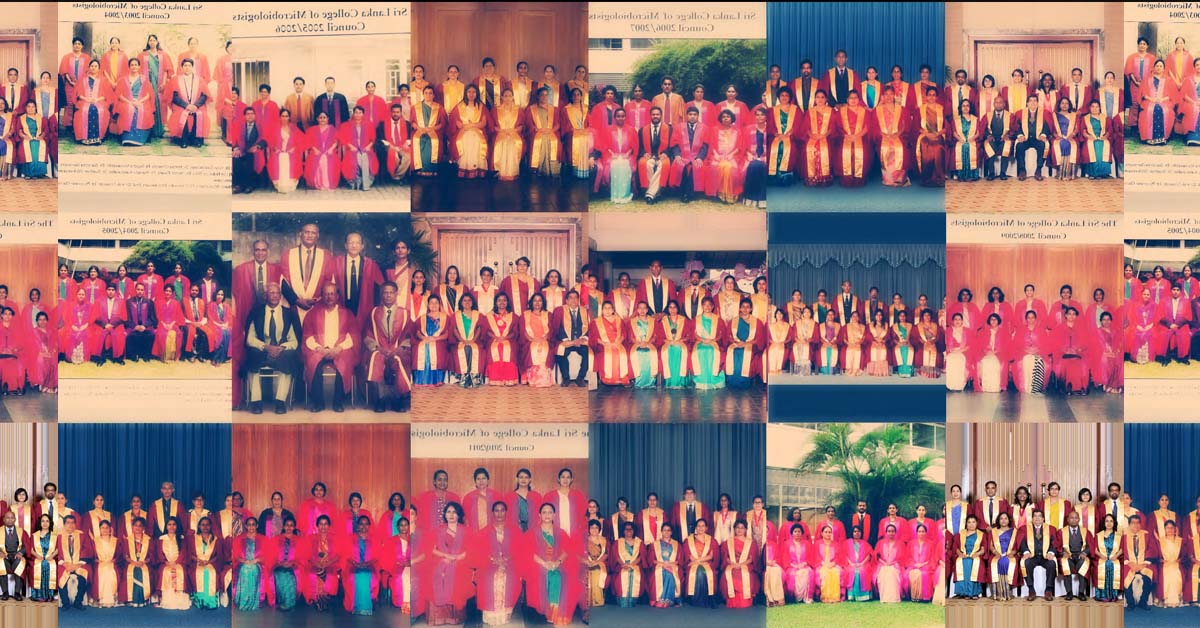 A novel step was taken in the year 2000, during the presidency of Professor Manel Wijesundara – Dr. Karven Cooray, the then Treasurer of the College took the initiative to issue a Membership number and a membership card to all members of the college.

The objectives of the college as embodied in its constitution are as follows.

As stipulated in the Article 8.1 of the constitution, the criteria to become a member of the Sri Lanka College of Microbiologists are as follows.

From the inception, the Medical Research Institute (MRI), Colombo, was regarded as the unofficial headquarters of the College, without any office space. The address of the Sri Lanka Medical Association, (No. 6, Wijerama Mawatha, Colombo 7) was used as the official postal address of the College. The council meetings were held at the Medical Research Institute initially for several years which later shifted to Faculty of Medicine University of Colombo or at any other suitable premises depending on the office bearers of the councils.

It was a long felt need that the College should have a separate office, at a suitable location. The activities of the College gradually expanded, with many members contributing to improve the specialty of Medical Microbiology.

In 2002, the then President of the College, Professor Jennifer Perera started a “Building fund” of Rs. 400,000/= with two fixed deposits. The funds were generated by organizing a course on antimicrobials for medical representatives and workshops for MLTs in private sector. Although action was taken to acquire office space for the College at the SLMA premises, it did not materialize at that time.

The College obtained its own office at the SLMA building from 2005 during the presidency of Dr. Gaya Colombage and received the assistance of an office secretary from 2006, Mrs. Priyanga Opatha is the first office secretary employed by the college and a small converted room in the loft of Sri Lanka Medical Association served as the college office for many years. In 2015 SLCM office was shifted to a more spacious room in the ground floor of SLMA where it is currently functioning. With the increase load of work handled by the college the services of a second office secretary was obtained in 2017.

The college was registered as a Company Limited by Guarantee under the Companies Act. No. 7 of 2007 on 16th March 2010, when Dr. Omala Wimalaratne was the President. It was Dr. Ranjith Perera who carried out this task on behalf of the College.

According to the constitution of the College, a new president and a new council were elected every year.  The new president was inducted by handing over the President’s medal, initially at the Annual General Meeting and later at a separate induction ceremony. The first induction ceremony was initiated by Dr. Maya Attapattu but there was a gap of several years again until it became a routine annual event in the calendar of the college.