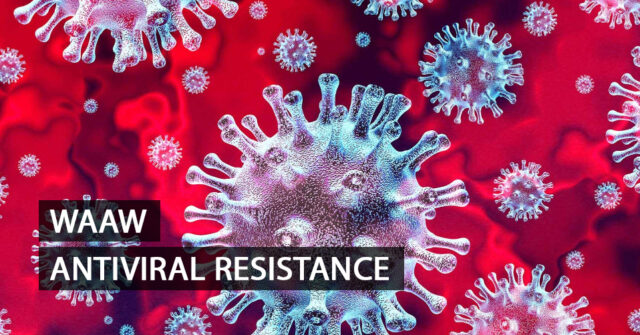 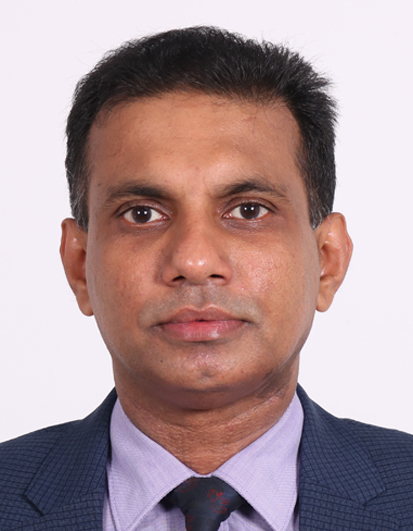 Oseltamivir is a Neuraminidase inhibitor used to treat the early phase of infection with influenza virus to prevent its clinical progression to complications, especially among risk group individuals. Being an effective oral antiviral drug against both Influenza A and B viruses, it is a main fighting tool against seasonal influenza infections globally in addition to annual influenza vaccination programmes.

It should be noted that oseltamivir resistance testing is not indicated as a routine test on treating patients in a similar way to the routine use of antibiotic sensitivity testing. Antiviral resistance testing is mainly used for research and surveillance purposes to generate scientific evidence to formulate future antiviral treatment policies in managing patients and outbreaks. Therefore, the oseltamivir resistance test is a reference test only available in public health virology laboratories for influenza surveillance but not in clinical virology laboratories.

HIV is the most challenging widespread virus and its control is mainly dependent on the efficacy of highly active anti-retroviral viral therapy (HAART). At present, there is no effective vaccine or cure for HIV infection. Antiviral combinations made from different categories of drugs (NRTI, NNRTI, PI, INSTIs, etc) are used to prevent the emergence of resistance during the lifelong treatment of HIV. These antiviral combinations can effectively suppress the replicating virus but cannot remove the HIV proviral DNA already integrated into the human genome. That is why people living with HIV have to take lifelong antiviral therapy for HIV infection with at least 95% compliance (integrated HIV proviral DNA can give rise to replicating virus in the absence of antiviral drug pressure). Once the resistant mutations are developed in HIV, such mutations will be archived as integrated HIV proviral DNA in patient’s genome. Then, it would not be possible to use the same antiviral drug effectively in that individual again. Because of this reason, HIV physicians have to use HIV antiviral drug resistance testing in their routine clinical practice. Therefore, HIV drug resistance testing service should be available for HIV clinics as a routine diagnostic service unlike in the case of reference resistance testing service for oseltamivir as discussed above.

There are two main ways that a person can get HIV infection with resistant gene mutations; “transmitted resistance” can happen when infected with already resistant virus or “acquired resistance” can happen while on HIV drug treatment. Therefore, it is indicated to test for baseline antiretroviral resistance mutations on all new HIV cases after the diagnosis to look for “transmitted resistance” before starting antiviral therapy. This is useful to plan for tailored antiviral first-line therapy if resistance mutations are already present. In addition, HIV genotypic antiviral drug resistance assay should be always performed when treatment failure is evident with sustainable or rising viral loads despite treatment.

There is a WHO goal to eliminate AIDS (clinical syndrome caused by HIV). This can be achieved only by practising a rational antiretroviral drug policy globally. Prevention of development of HIV antiviral drug resistance is considered to be one of the priorities to achieve the goal of AIDS elimination. Readily available antiretroviral drug resistance testing service is essential for HIV clinics to serve the above purpose. Furthermore, it is necessary to carry out HIV drug resistance surveillance work by the clinical pathology services in coordination with HIV clinics.

Stem cell and organ transplant services need a clinical pathology service that can provide a specialized diagnostic virology service. CMV is considered to be the most significant opportunistic virus to cause morbidity and mortality among immune-compromised patients. Oral valganciclovir or IV ganciclovir therapy is the first-line treatment for CMV infections in this population. In addition, the same antiviral is used for prophylaxis or pre-emptive therapy against CMV infection in transplant patients according to the local protocols of transplant centres. UL97 and UL54 are very well-known mutations to render CMV resistance to ganciclovir therapy, but there could be unknown mutations or combinations of different mutations causing the same clinical problem. Therefore, antiviral treatment decisions on transplant patients have to be made based on clinical and other investigation findings during routine clinical virology practice without waiting for CMV antiviral resistance test results. In the absence of clinical response to ganciclovir therapy (when a probable CMV diagnosis is made accurately), it is necessary to take a clinical decision to change the antiviral therapy. But it is useful to refer a blood sample for CMV ganciclovir resistance testing if the reference service is available. Such resistance testing results would be useful to retrospectively analysis the case and formulate future clinical virology practice.

There is a public health requirement for resistant mutation surveillance in Hepatitis B and C viruses against their antivirals. For example, it is known that entecavir the nucleoside analogue would not be a good choice for Hepatitis B infected individuals coming from a community background with known lamivudine (another nucleoside analogue) resistance to Hepatitis B virus. There are many directly acting new antiviral drugs available for Hepatitis C infection not only to prevent complications but also to cure Hepatitis C infection. Antiviral resistance research in Hepatitis C virus infection is also necessary for ongoing review of sustainability of therapeutic outcomes from these new drugs.

In managing the COVID-19 pandemic, several antiviral drugs are being considered against SARS CoV-2 infection. Remdesivir is one such antiviral drug approved by FDA and it is an IV preparation, therefore the use is limited to inward patients in some contexts. Molnupiravir is a new antiviral agent recently being evaluated for its safety and efficacy as a potential oral antiviral drug to reduce complications in COVID-19 patients. Early treatment of mild to moderate COVID-19 with molnupiravir seems to reduce the complication rate. Therefore, this oral antiviral drug may be considered to treat COVID-19 in high-risk individuals after further evaluation of its safety and cost effectiveness. Antiviral resistance in SARS CoV-2 would be a likely topic in future if any antiviral drug is going to be used regularly to treat COVID-19 because the viruses are very smart to develop escaping mechanisms.

Nucleoside analogues are a major category of antiviral drugs used in clinical virology as described above and they act mainly by chain termination in viral DNA/RNA synthesis process. But such chain-terminating antivirals are generally not effective against SARS CoV-2, because coronaviruses carry an exonucleolytic proofreading activity that can remove mis-incorporated nucleotides. Being a nucleoside analogue, remdesvir can avoid proofreading because its incorporation does not terminate elongation but only prevent RdRp (RNA dependent RNA polymerase) after the addition of three more nucleotides. Molnupiravir is a prodrug of a nucleoside analogue that increases the frequency of viral RNA mutations and then impairs further SARS CoV-2 replication. Molnupiravir induced RNA mutagenesis is due to the formation of stable base pairs either with G or A and that explains how the polymerase escapes proofreading and synthesizes mutated RNA.

Medical scientists have been trying to discover any effective oral antiviral drug to treat COVID-19 patients due to the following reasons; SARS CoV-2 virus can mutate and new variants can emerge despite vaccination programmes, breakthrough infections can happen after a full course of vaccination, a certain proportion of immune-suppressed patients fail to mount a good immune response after vaccination, Vaccine-induced immunity can wane off with time.

In summary, the emergence of viral resistance to antiviral therapy can make a significant impact on different clinical and public health virology contexts in unique ways. Therefore, scientifically structured separate clinical virology laboratories and public health virology laboratories would be essential to face the future challenges of these medical virology issues.