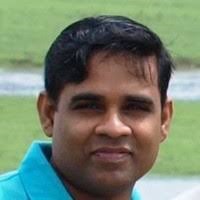 Sepsis accounts for around 9 million deaths per year globally. During the last decade, number of hospital admissions due to sepsis have increased considerably by 70% in the US and 50% in Western Europe. A similar trend seen all over the world is that the middle and low income countries have been affected the most. Death toll due to sepsis is second only to the number of deaths attributed to cardio vascular diseases and exceeds that of the deaths due to breast, bowel and prostate cancer added altogether. The data available reveals that sepsis has become one of the most under reported public health disasters around.

The Majority of cases of sepsis were reported in vulnerable groups such as the elderly, neonates, diabetics, pregnant women and the patients with a poor immune system. But other than the mentioned groups above, it does not seem to be rare in other groups. The case load in sepsis is misrepresented in almost all countries. One reason for this poor representation of burden is non-availability of strict defining criteria and effective test/s to diagnose the condition early.

Traditionally, Isolation of the incriminated pathogen through blood culture is thought to be the gold standard in diagnosing sepsis. But, it’s utility in management of cases is seriously hampered due to delays associated with culturing process. The Conventional blood culture method may take from 48 to 72 hours until the results are available for management. The time taken to detect the organisms will be higher if the fastidious organisms are incriminated as etiological agents.

The delay in identification of sepsis due to non -availability of results within a very short time, has limited the use of culture isolation as a test to detect sepsis. Therefore, many physicians have opted to look for bio-markers in order to find an early and accurate diagnosis of sepsis. This approach has many draw backs compared to the gold standard, but rapid availability of results out-weigh all disadvantages. Up-to-date, as many as 200 bio markers have been identified, but only a handful are used in real life situations .

Total white cell count and differential count has long been perceived as a marker of sepsis. Many physicians still use it at present, even though the utility is disputed due to it’s unreliability to predict sepsis. Serum CRP levels and (Pro-calcitonin) PCT are commonly used as bio markers in the present day practice to detect sepsis. These markers have certain deficiencies making them not suitable for every occasion of determining sepsis. High CRP levels may be seen in non-infectious inflammatory conditions such as, acute pancreatitis, myocardial infarctions and chemical induced damages. CRP levels fail to differentiate non-infectious, sepsis mimic conditions from florid sepsis. On the other hand, PCT levels are closely correlated with bacterial causes of sepsis. But its’ utility in clinical setting is proved to be useful beyond doubt in antibiotic stewardship programs only. PCT levels fail to detect viral and some fungal causes of sepsis as well as sepsis due to bacterial abscesses, where PCT levels remain low in spite of patient having sepsis. In addition, PCT levels can falsely be high following major surgeries and after major degree burns. But, in contrast to CRP, PCT provides better discrimination of sepsis of bacterial origin.

Cytokines such as IL 1, TNF have been proposed as sepsis bio-markers, but their utility in clinical settings remain doubtful as these makers could increase in conditions where sterile inflammation predominates. They lack the sufficient power to differentiate sterile inflammation and bacteremia. This had led to quest for more reliable and accurate bio markers of sepsis.

The ideal sepsis bio marker should be able to differentiate sterile inflammation from inflammation of organic origin and should provide information to clinicians on possible etiology of sepsis. At least the marker should provide distinction between bacterial, viral and fungal etiologies, where treatment may be contrastingly different. In addition, the ideal marker should be capable of stratification of patients into various risk groups and should function as a tool of predicting prognosis.

Up till recent years, the scientific community failed to come up with a sepsis bio marker with all the favorable characteristics of an ideal bio marker. Then, a few years back, they came up with a new technique called blood leucocyte transcriptomic profiling, to be used as a promising sepsis bio marker. In this technique, scientists looked at transcriptomic profiles of leucocytes in response to sepsis. The basis of the test remains as detecting and profiling of mRNA (and other types of RNAs) produced by whole blood leucocytes using a Liquid Chromatography –Mass Spectrometry in response to sepsis. The analysis, with some bio-informatics inputs, could differentiate sepsis at a very early stage in the course, well ahead of clinically apparent sepsis providing clinicians sufficient time to act early. Transcriptomic profiling is used to predict prognosis and it can also be used to differentiate viral, bacterial and fungal involvement in sepsis. In addition, it seems that the test poses many favorable features of an ideal bio-marker of sepsis.

Transcriptome denotes all types of RNA containing in the cell. The bulk cellular RNA occurs in the form of mRNA and are followed by tRNA and rRNA. This Transcriptomic profiles in individual cell types, shows unique patterns and also it is time sensitive. At any given time, Transcriptomic profile provides a unique signature on the life of a cell. In sepsis, the amount and the type of mRNA produced by cells are found to be different and it shows variations in expression, depending on type of incriminating organisms. Up to now, 11 gene readouts have been identified by researchers which provides unique transcription RNA profiles which occur in response to sepsis. Out of this 11 gene readouts, 4 shows up-regulation and rest of the readouts show down-regulation in sepsis. The variations and timing provide unique transcriptomic profiling which eventually can lead to identifying sepsis and it’s etiological agents. All these changes occur very early in the course of illness providing the clinicians sufficient time in advance to act. In addition, the clinician may be able to identify patients who will end up in severe manifestations of sepsis, prompting for early referral to a higher level of care.

A firm has already developed a commercial platform using 4/11 gene readouts which gives a unique signature following a septic insult. With this, sepsis can be identified very early providing a glimpse of hope clinicians successful intervention. But, the cost of a test could play as a major obstacle for this. But, at least theoretically, whole blood leucocyte transcriptomic profiling will provide us with some insight on complex pathophysiology of sepsis and a glimpse of hope for successful management.