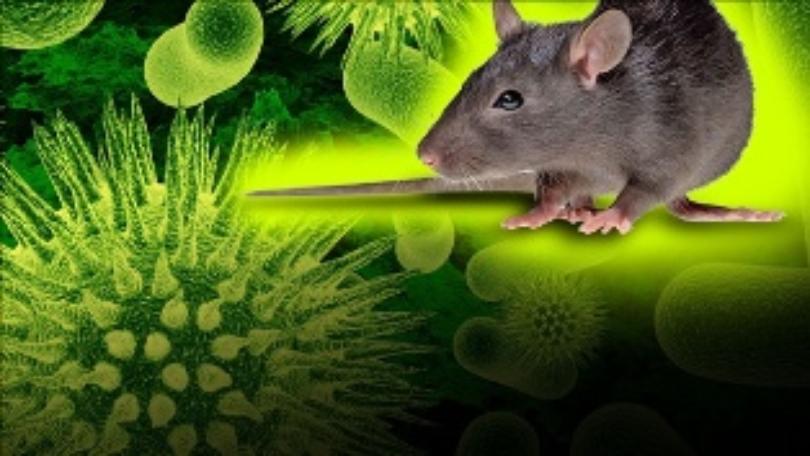 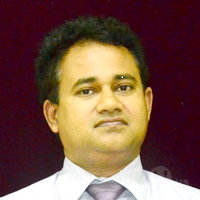 Transmission of the infection to humans is by inhalation of the viruses via aerosols generated from virus contaminated rodent faeces , urine or saliva. Infections may be sub- clinical or vary from mild flu like illness to fatal haemorraghic fever with acute renal failure or cardio-respiratory failure. There are two major clinical forms of hantavirus infections, Heamorraghic Fever with Renal Syndrome (HFRS) in Euro- Asia, the Old World and Hanta virus Pulmonary Syndrome (HPS) in America, the New World. Nephropathia Epidemica (NE) is mild form of HFRS and endemic in Europe.

The classical clinical features of HFRS are fever, thrombocytopenia and nephritis. HPS typically present as fever, thrombocytopenia and respiratory failure. Fever and nephritis are the classical features of NE. But recently, infections with mixed clinical features were reported and most of them are due to novel or unidentified hantaviruses.
Detection of antibodies against hantavirus (by) using immuno- fluorescence assay is considered as gold standard laboratory diagnosis. Other immune-assays like ELISA, immunoblot assays and rapid immuno- chromatographic tests are available. Detection of virus RNA by RT-PCR can be performed in early phase of the illness. Virus isolation using cell culture and animal inoculation are limited to research purposes and requires BSL 3/4 facilities.

In Sri Lanka, hantavirus disease was first diagnosed in human patients in 1986 by Prof Vitarana at the Medical Research Institute Sri Lanka. Since then, only few studies had been carried out to evaluate the disease situation in Sri Lanka. There were serological evidence of Seoul, Hantaan, Thailand and Puumala- like virus infections in different parts of the country. Serological evidence of co-infection with Leptospira is also reported. In 2011, hantavirus RNA was detected in 05 clinically suspected patients in Western Province using broad reactive pan-hanta RT-PCR and genomic analysis has confirmed it was due to Seoul virus related virus.
Clinical features of HFRS mimic Leptospirosis. Leukocytosis and elevated CRP levels are often reported in HFRS patients complicating differential diagnosis. During paddy cultivation and harvesting seasons, outbreaks of fever with renal involvement have been reported in many occasions during last decade. Though those cases have been presumed to be Leptospirosis, a significant number of those patients have been laboratory confirmed as infected with hantavirus. From 2013 to 2018 period, 98 hantavirus IgM positive patients were detected among patients with leptospirosis-like illness/ HFRS- like illness. Few of those patients had atypical complications such as myocarditis, encephalitis and fulminant hepatitis. Majority of cases reported from western part of the country during paddy harvesting season. Serological analysis was suggestive of infection with Seoul, Hantaan and related viruses in most parts of the country and Thailand/ Thailand-like virus were predominant in central part of the country.

Recently there were clusters of hantavirus cases reported from north central part of the country predominantly causing non cardiogenic pulmonary oedema with mild renal involvement. Patients presented with sudden onset of fever, dry cough, and difficulty in breathing and rapidly progressed in to respiratory failure requiring ventilation. In addition to detection of ant-hantavirus IgM antibodies, in most patients four fold rise of IgG antibody titer were demonstrated. These cases were associated with paddy harvesting season and serological investigation (neutralization assay in reference laboratory) suggestive of Puumala-like virus infection. Unfortunately, none of these patients blood were positive for hantavirus PCR allowing further genomic studies. Late presentation of the patients, short duration of viraemia and unsatisfactory conditions of sample storage and transport from remote setting may contribute to this.

Twenty five rodent and ten shrew species have been reported in Sri Lanka and potential natural hosts of hantaviruses are among them. Brown rats (Rattus norvegicus) and Black rats (Rattus rattus rattus) are the natural hosts of Seoul, Hantaan and related viruses and Bandicoot rats (Bandicota indica/ B. bengalensis) are the natural hosts of Thailand and Thailand-like virus. Interesting factor was that despite evidence of Puumala and Puumala-like virus infections in Sri Lanka, bank voles (Cricetidae family), the natural host of the virus is not found in South Asia.
Further investigations and research are required for exact identification of virus species circulating in the country and to understand their biology, ecology, epidemiology, pathogenesis and further details about natural hosts. Unfortunately, unavailability of BSL 3 facility, restrictions on international transport of samples and limited availability of affordable quality commercial serological assays has hindered further research on hantavirus infections in Sri Lanka.

Serological survey in community to detect disease prevalence and serological/ virological surveys on rodents will be able to identify disease distribution in the country. Awareness among clinicians to suspect hantavirus among patients and promote laboratory diagnosis also important for identifying the true disease burden in the country.