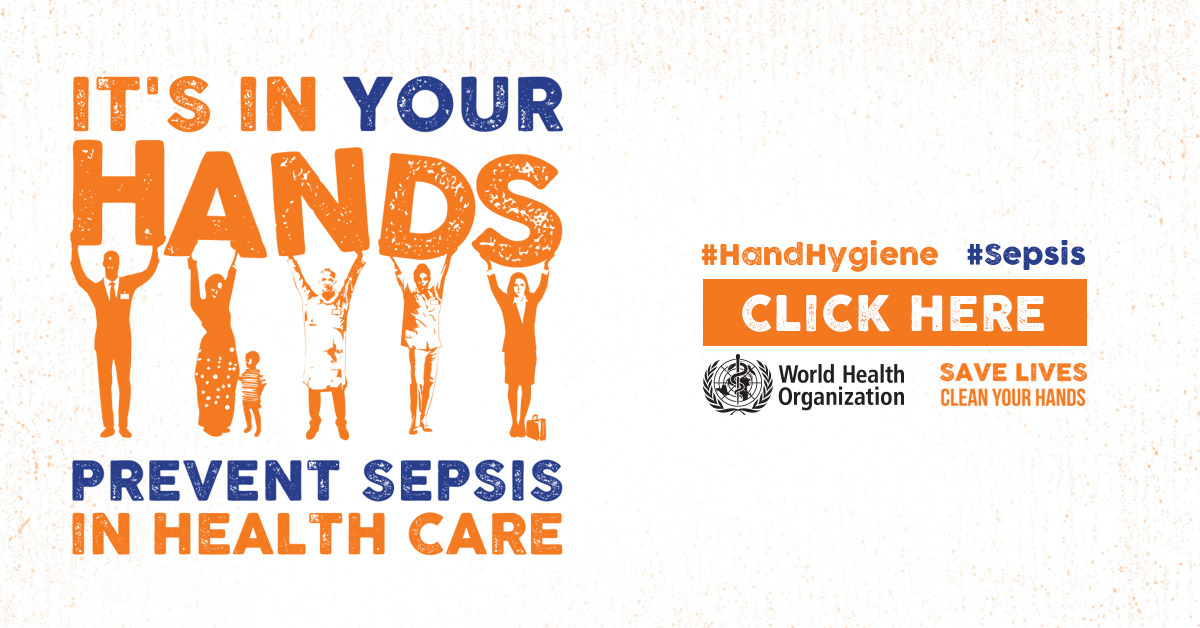 It’s in your hands – prevent sepsis in health care

Members of the Sri Lanka College of Microbiologists commemorated the global hand hygiene day on the theme declared by the World Health Organization “It’s in your hands – prevent sepsis in health care”.

An advocacy photography session was organised on 4th May 2018. Each member organized activities at their institutes. 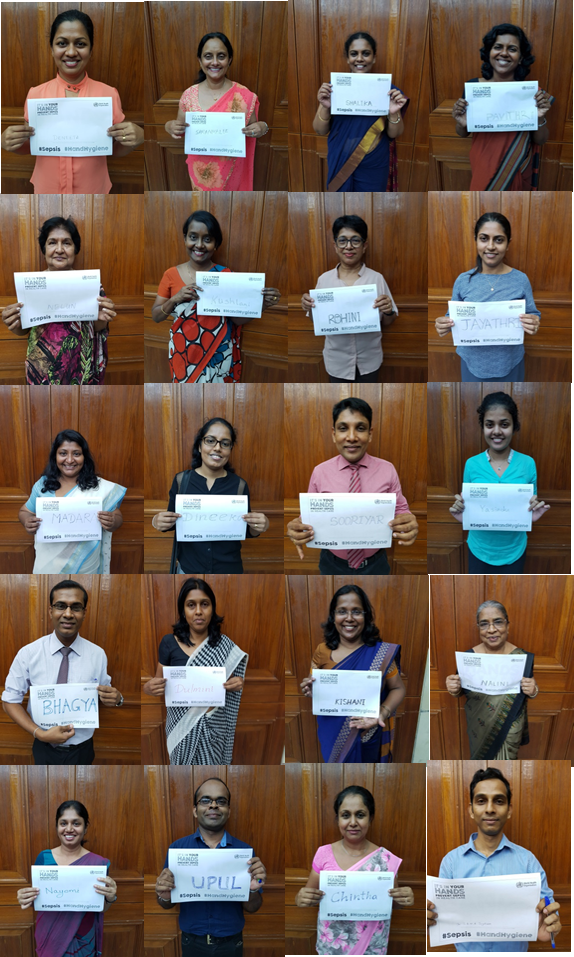 World Hand Hygiene Day highlights the importance of hand hygiene ( HH) in health care and it is commemorated globally on 5th May every year. The theme for 2018 is “it’s in your hands- prevent sepsis in health care”, illustrating the important relationship between good infection prevention and control practices and preventing sepsis.

The WHO aims to catalyze the discussion on the importance of HH in health care and its overall improvement worldwide by bringing people together on this special day. It is very clear to all that without behavior change, sepsis will remain a major threat in this era of increasing trend of infections caused by MDR organisms. Effective HH is the earliest and most affordable way that we can fight antibiotic resistance thus reducing the need for the use of precious antibiotics.

The infection control unit of NHSL organized a hand hygiene programme on 16th May 2018 at the neurotrauma auditorium which specifically targeted the appreciation of the champions and role models in HH in the year 2017, launching of the first news letter on hand hygiene as a publication by the infection control team  and awareness of healthcare workers about their compliance towards improvement in hand hygiene as well and importance of practicing hand hygiene in keeping with that the best care is safer care. In addition, we took this opportunity to make the audience aware about the long path we have gone through in improving hand hygiene compliance at NHSL.

Following the launching of the news letter of HH, mementos were awarded to the winner, first runner up and the second runner up who showed their fullest support towards improving HH based on the 2017 HH compliance audits in intensive care units. The awardees were given the opportunities to express their views on HH improvement strategy and its importance in providing safer care to patients. It was filled with encouraging words by the Acting Deputy Director General, NHSL emphasizing his fullest support in further improvement on HH. Introduction to HH day, gravity of the problem of sepsis, importance of HH, multimodel HH improvement strategy and its five step implementation and also importance of all being champions and role models in HH was presented by the consultant clinical microbiologist. Infection control nursing officers presented the very long path they have taken over the years in improving HH up to the current status with the great emphasis on further improvement to reach the goal of > 80 compliance rate. 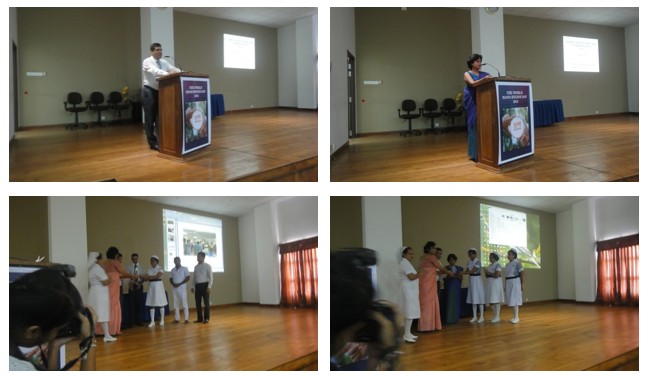 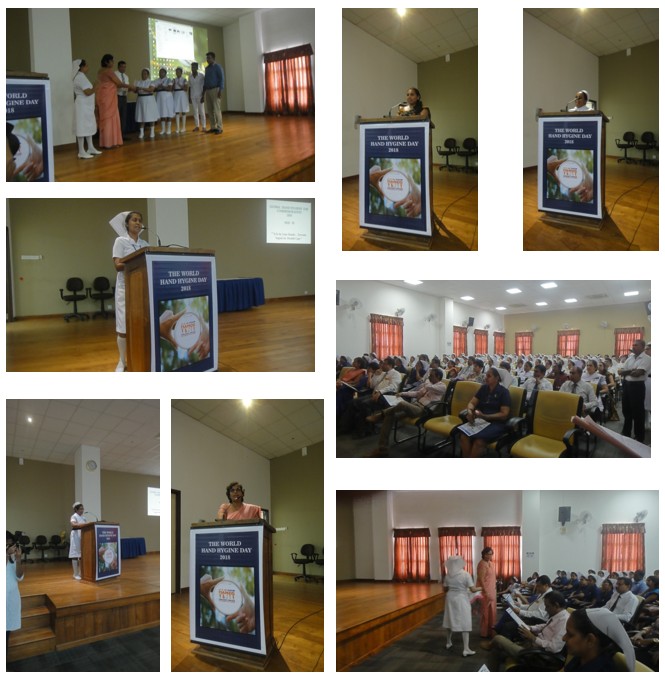 Hand hygiene is an important measure to prevent infections especially due to cross contamination. To emphasize its importance, WHO declared 5th of May as the Global Hand hygiene day. This year the theme was ‘It’s in your hands – prevent sepsis in health care’.

The following activities were carried out at SJGH to mark the Global Hand Hygiene Day. 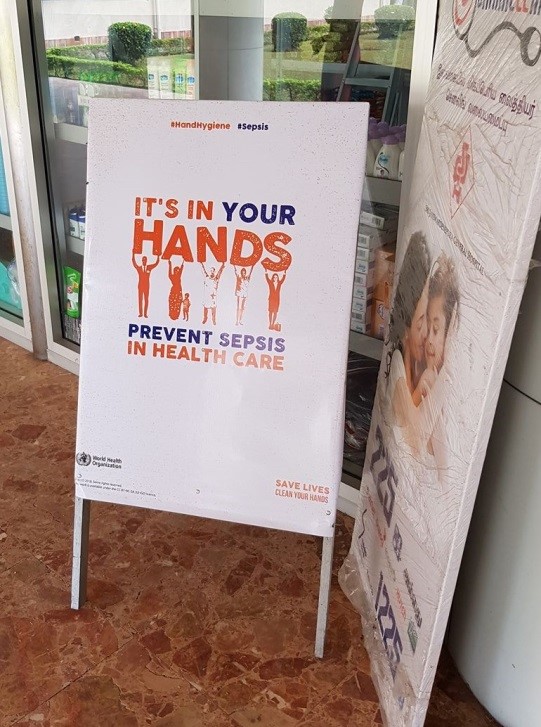 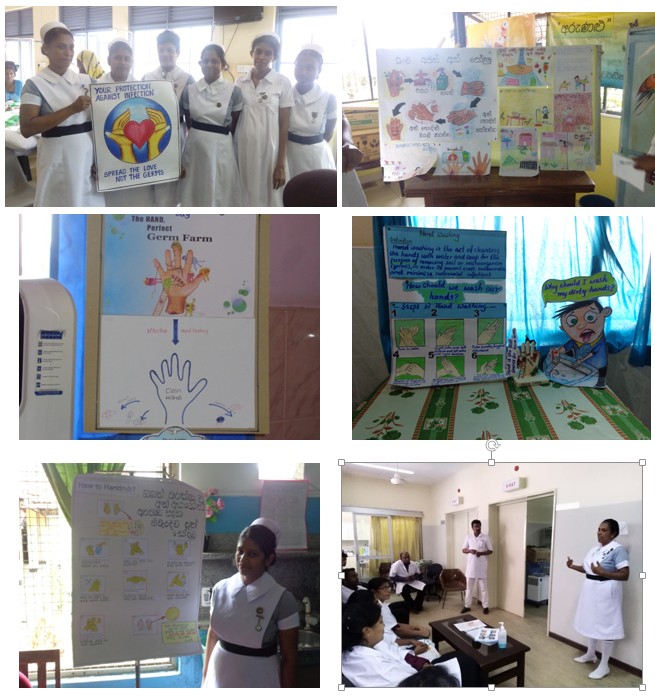 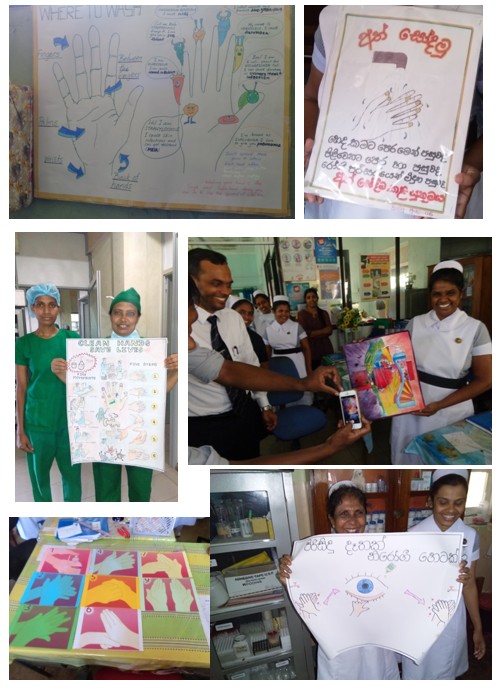